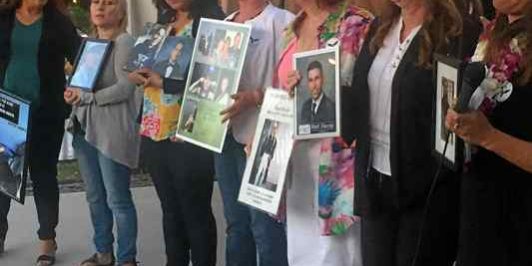 Its membership is exclusive. The requirements are agonizing. And the dues aren’t monthly, they’re paid every day … for life.

Yet, these “angel moms”— seven mothers who have lost children to gun violence — are grateful they have each other.

“It’s a club that nobody wants to be in but we’re so glad we have each other,” said Teresa Courtemanche, mother of Matt Garcia, a 22-year-old Fairfield City Councilman shot and killed in 2008.

The mothers gathered Friday night as part of the Robby Poblete Foundation’s Launch Party and Fundraiser at Vino Godfather on Mare Island.