On September 21, 2014, Robby Poblete was killed by gun violence in broad daylight at a busy intersection in Vallejo, Ca. He was 23 years old. At the time he was killed, Robby was working at a biotech company where he was also learning how to weld. He was on the verge of becoming a full-time employee and was already making plans to build his own weld shop.

The firearm used to end his life was obtained illegally, and then resold on the streets. One illegal gun has the potential to be used by countless people, committing countless crimes, impacting countless lives.

By turning in unwanted guns, people can prevent  those firearms from being stolen and used for crime, or being accidentally used by a child in the home. Though it does not solve the problem on its own, it can play a part in overall efforts to curb gun violence. We propose an annual gun buyback program to sustain and strengthen these efforts to get unwanted and potentially dangerous guns out of circulation. Using the materials from the melted guns, we propose the implementation of two community programs that will offer hope and opportunity to the people of our communities.

Our mission is to get unwanted guns out of circulation through annual gun buyback programs, preventing them from falling into the wrong hands, and transforming them into instruments of hope and opportunity through our arts and vocational programs.
LEARN MORE

The Foundation will partner with law enforcement agencies, local artists and organizations to repurpose the metal from the melted guns as material for art. The artists’ creations will be displayed in an annual exhibit called “The Art of Peace” .
LEARN MORE

The Robby Poblete Foundation is working with local unions, workforce development agencies and county offices of education to help raise awareness about opportunities in skilled trades among high school and adult school students.

The Robby Poblete Foundation, created in honor of Robby Poblete, who was killed by gun violence in Vallejo, Calif., in 2014, has been awarded a $150,000 grant from The California Wellness Foundation.

“We are so honored that The California Wellness Foundation has selected us as a grantee. Their mission to promote safe neighborhoods and healthy environments is in alignment with our mission to reduce gun violence and increase… read more 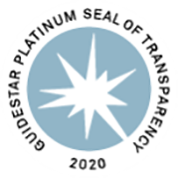 GuideStar, Inc. is a national information service specializing in reporting on U.S. nonprofit companies. Their mission is to revolutionize philanthropy by providing information that advances transparency, enables users to make better decisions, and encourages charitable giving. Based on RPF’s transparency in reporting, it earned Guidstar’s Gold Seal of transparency for 2018. read more

Your support and contributions will enable us to present more gun buyback events in counties throughout California, preventing these firearms from falling into the wrong hands and potentially saving lives.