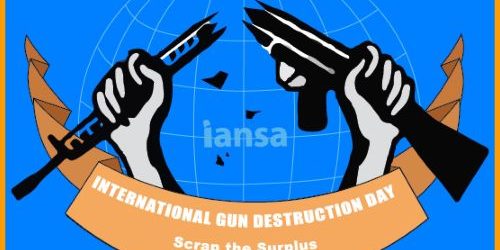 Five years ago, my son was crossing a busy street in the United States in broad daylight when he was shot and killed in an armed robbery attempt. Robby Poblete was 23 years old. He was a much beloved son, brother, friend, and valued employee at his company. Full of life and dreams, he was acquiring skills so that he could start his own business in the future.

The firearm used to end my son’s life was obtained illegally, and then resold on the streets. Just a single illegal gun has the potential to be used by countless people, committing countless heinous acts, impacting countless lives. After Robby’s death, I founded the Robby Poblete Foundation to help get dangerous guns out of circulation through voluntary weapon surrender and gun buyback programs. We work with artists who use materials from the collected guns and transform them into instruments of hope through art, and we hold exhibits of this art to raise awareness about the impacts of gun violence.

We are doing our utmost to get illicit guns out of our communities, as are many other civil society organizations all around the world. For example, the Humanium Metal Projecttransforms destroyed guns into commercial products, and proceeds from sales help to support gun violence survivors in Latin America. There are an estimated one billion guns in the world, and countless more are produced annually.  The vast majority of guns are in civilian hands.

We need governments worldwide to do more to control guns through a variety of measures. When it comes to surplus stocks of guns and ammunition, too often governments focus on security and management to prevent thefts, diversion, and accidents instead of destroying guns and ammunition permanently. But stockpiling weapons costs more than destroying surpluses. It also creates a high risk of diversion into illegal markets. So that is why I am asking all of my fellow IANSA members and friends to join me in promoting International Gun Destruction Day on July 9.

Under the United Nations Programme of Action on Small Arms and Light Weapons (UNPoA) all 193 UN countries have agreed to destroy weapons. By doing so, they can not only help to fulfill their commitments under the UNPoA, they can also advance toward Sustainable Development Goal (SDG) 16.4, which aims to significantly reduce illicit arms flows by 2030.

What you can do:

1. Remind your government to fulfill its obligations under the UNPoA to destroy surplus small arms and light weapons. Ask for a meeting with a parliamentarian or other relevant government official on the topic. You can see what governments have committed to regarding gun destruction under the UNPoA HERE. This document also contains information about  SDG 16.4, and information regarding concrete gun destruction activities carried out by governments around the world.

2. Raise awareness of the day by posting about it on social media. This is an opportunity to raise awareness of the problems and solutions related to surplus weapons in your own communities and around the world. You can download and share the images below on social media with the hashtags:  #July9 #GunDestructionDay  #ScrapTheSurplus #SDG16 #Target4

3. Share the image of artwork below created through destroyed guns from the Robby Poblete Foundation with the message: We can transform weapons of destruction into instruments of hope through art. #July9 #ScrapTheSurplus #GunDestructionDay #SDG16 #RobbyPobleteFoundation #IANSA. You can download the photo here. For more examples of artwork created from destroyed guns and ammunition, see the bottom of the email. 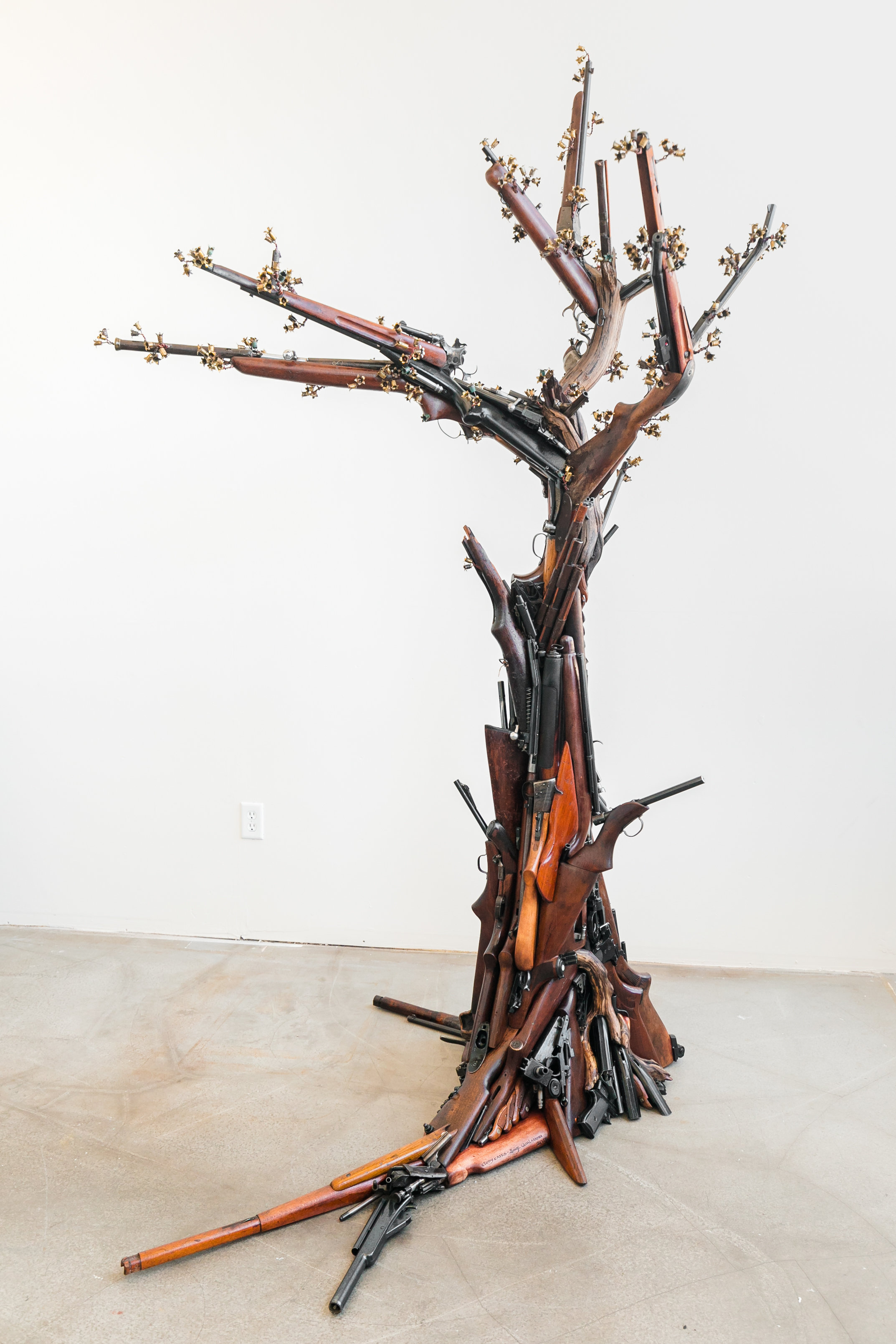 4. Help spread awareness on social media about the Humanium Metal Project with the photo below and the message: We can transform weapons of destruction into support for gun violence survivors. #July9 #ScrapTheSurplus #GunDestructionDay #SDG16 #HumaniumMetal #IANSA. Download the photo here: 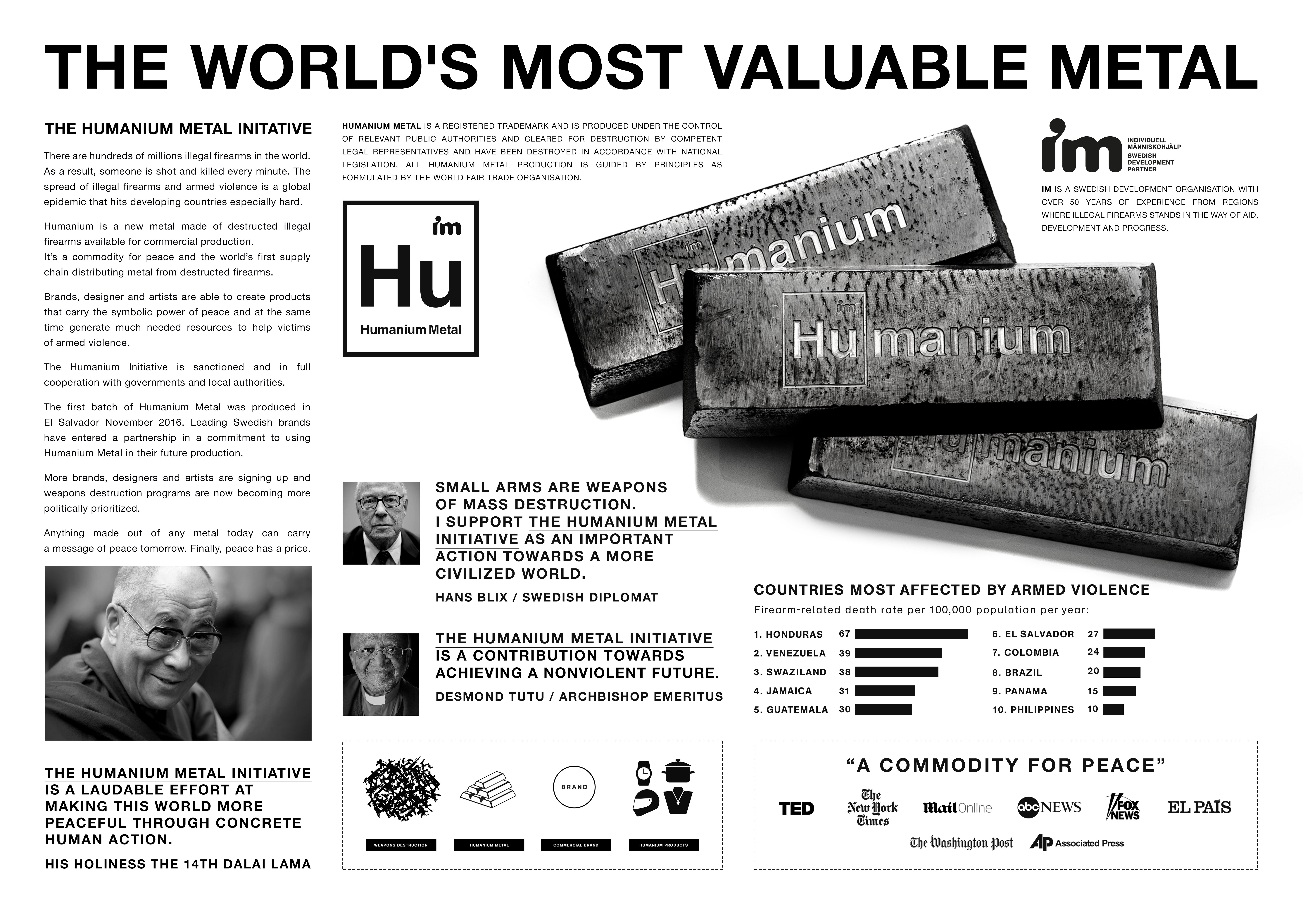 5. Read and circulate this IANSA report: “Surplus and Illegal Small Arms, Light Weapons and their Ammunition: the consequences of failing to dispose and safely destroy them”

6. Write editorials about International Gun Destruction Day and why it matters to your country.

7. Reach out to the press about the day to raise public awareness of surplus weapons.

8. Work with schools, faith-based organizations, or community groups to help children trade in toy guns for other kinds of toys.

Thank you for joining me in this international movement to destroy guns and create a future of hope and promise for our world. The Robby Poblete Foundation would love to extend our Art of Peace Project to other countries. If any individuals or organizations are interested, please reach out to me here: https://robbypobletefoundation.org/contact/.