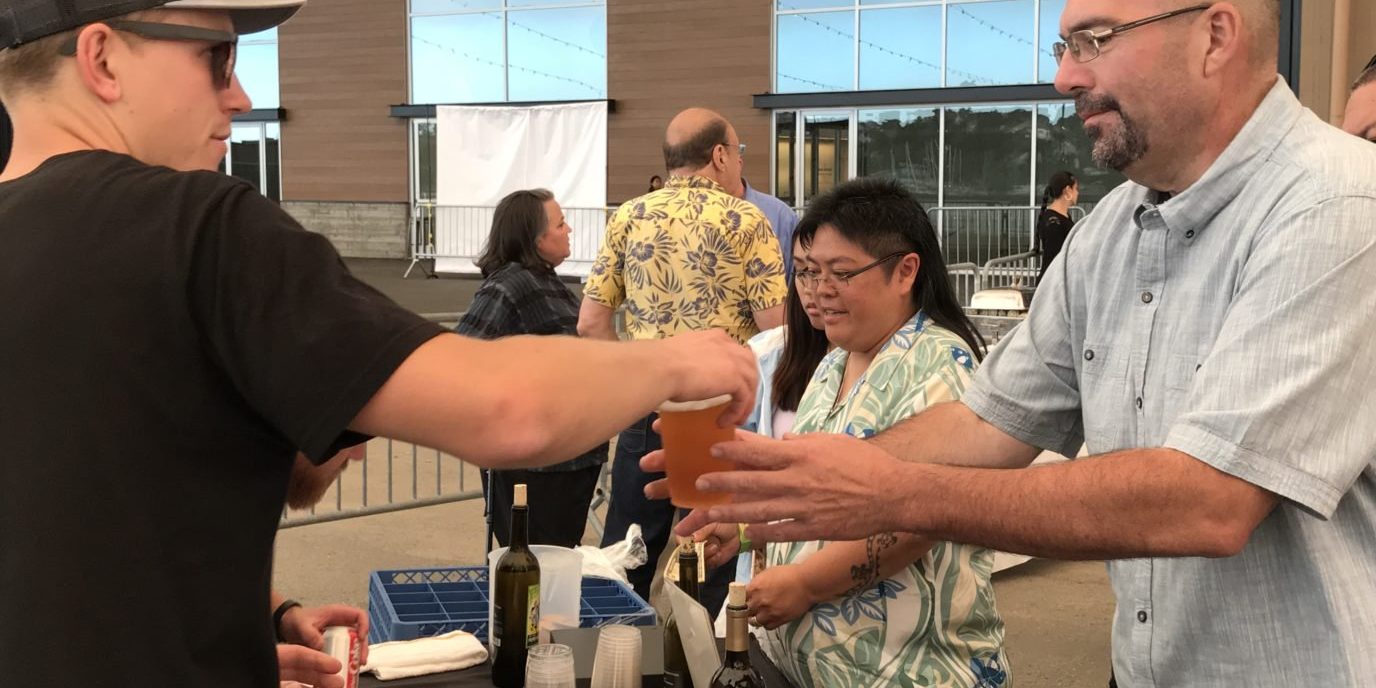 VALLEJO — An untimely death, particularly one derived through senseless and avoidable circumstances like gun violence, can leave behind a sense of loss that can be difficult to manage.

There is the weight of the violent act, the void left behind by the victim’s absence and the elimination of the potential that person’s life carries.

Like so many before him and, unfortunately since him, Robby Poblete left such a void following a 2014 shooting that took the life of the 23-year-old. But out of that pain, his mother, Pati Navalta, helped start the Robby Poblete Foundation with the intent of preventing others from knowing the awful pain she knows.

The foundation hosted its second annual fundraiser Saturday at Mare Island Brewing Company in Vallejo and all indications are Pati and the Poblete Foundation are off to a good start in realizing that goal.

“I never wanted the name Robby Poblete to be associated with something tragic,” Navalta said. “Thanks to this event, every time his name is mentioned, it’s always for something positive.”

The foundation looks to address the problem of gun violence with three main objectives, Navalta said. The first is to buy back guns. The second is to support art projects to turn those instruments of violence into symbols of peace. The last is to support vocational training scholarships to give people a path to prosperity.

Two scholarships have already been awarded and the foundation has gotten more interest from both prospective students and interested union vocational schools. The foundation has also been aggressive in reaching its target audience, doing outreach for the scholarship programs in local schools as well as in the county jail and juvenile detention centers.

Although the fundraiser is just in its second year, the foundation’s efforts have caught the attention of the community and elected officials. Last year, the event sold 320 tickets and this year nearly 450 people were in attendance, including Congressman Mike Thompson.

“There’s a gun epidemic in the United States,” Thompson said. “It’s going to take people standing up and sounding off.”

Thompson, the chair of the Gun Violence Prevention Task Force, said he believes events like this are key to preventing gun deaths.

“The American people want this,” Thompson said. “It’s strong community leaders who get the attention of their neighbors, and it’s that community voice that moves policy.”

Vallejo mayor Bob Sampayan, a former police officer, knows the toll gun deaths take both personally and within a community. An event aimed at reducing that toll while also highlighting Vallejo’s burgeoning arts and industrial offerings is what Vallejo is pushing toward, he said.

“This event represents people who are distressed by gun violence,” Sampayan said. “To see those firearms repurposed into pieces of art means a lot to me.”

Supervisor Erin Hannigan, a former Vallejo city council member, echoed much of Sampayan’s thoughts, crediting Poblete’s efforts in making the event – and the work carried out by the foundation – what it is.

“In Vallejo, we’ve certainly had our share of gun violence . . . most families don’t share that experience publicly, so I give Pati a lot of credit for not only raising that awareness but taking that next step and figuring out what can we do to prevent gun violence,” Hannigan said.