Activists Melt Down Guns, Turn Them Into Art On MLK Day 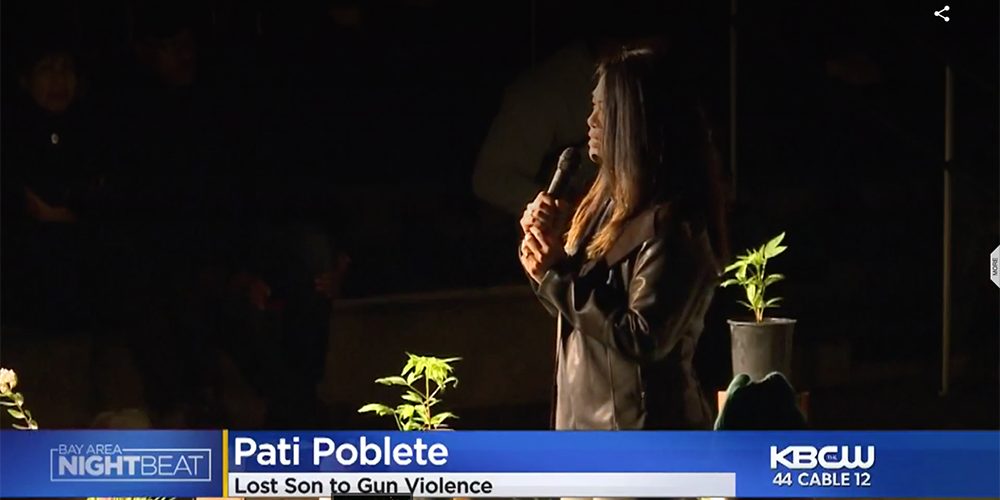 OAKLAND (KPIX 5) — Organizers were cleaning up after a Martin Luther King, Jr. Day celebration unlike any other in Oakland on Monday evening. They took donated guns, cast them into a massive furnace and turned them into art.

The tribute began with drumming and dancing to celebrate life and acknowledged death by gun violence.

“It was hard for me when I lost my son. It’s still hard for me every single day, but I cling onto the words of MLK: ‘Darkness cannot drive away darkness. Only light can do that. Hatred cannot drive out hatred. Only love can do that,’” said Pati Poblete, who lost her son to gun violence.

Workers filled a coal furnace, stoking it to 3,000 degrees, which was hot enough to melt metal.

“Our mission is to take tools of violence, weapons like guns and then transform them,” said Liz Kennedy of the nonprofit group Lead To Life.

The group transformed guns into shovels–they called guns tools of death and turned them into tools now used to plant life.  Hundreds of people looked on as organizers cast guns into the furnace and celebrated as they slowly burned and fell apart.

Then, they were liquefied and poured into a mold, which they said mirrored the sky the night Oscar Grant was killed.

Organizers said what they did in this event was just the beginning. They hope their message of non-violence spreads like fire.

“Our team really hopes that people walk away tonight with the sense that we can alchemize, decompose violence every single day in so many acts, both big and small,” said Kennedy.