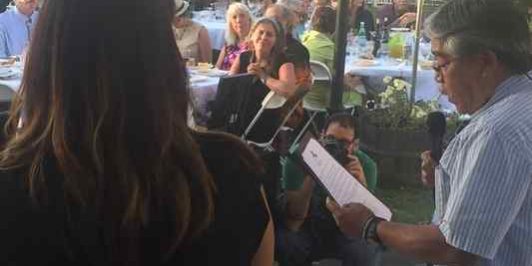 It was a welcomed touch of irony noted Friday night when the Vino Godfather Tasting Room on Mare Island — named for the extremely violent movie — hosted a sold-out event that, hopefully, helps keeps unwanted guns from killing someone.

The official launch party of The Robby Poblete Foundation — named for the Vallejo 22-year-old shot and killed in 2014 — raised $32,313. The event drew 321 attendees, including Mayor Bob Sampayan, city council members, and other political representatives.