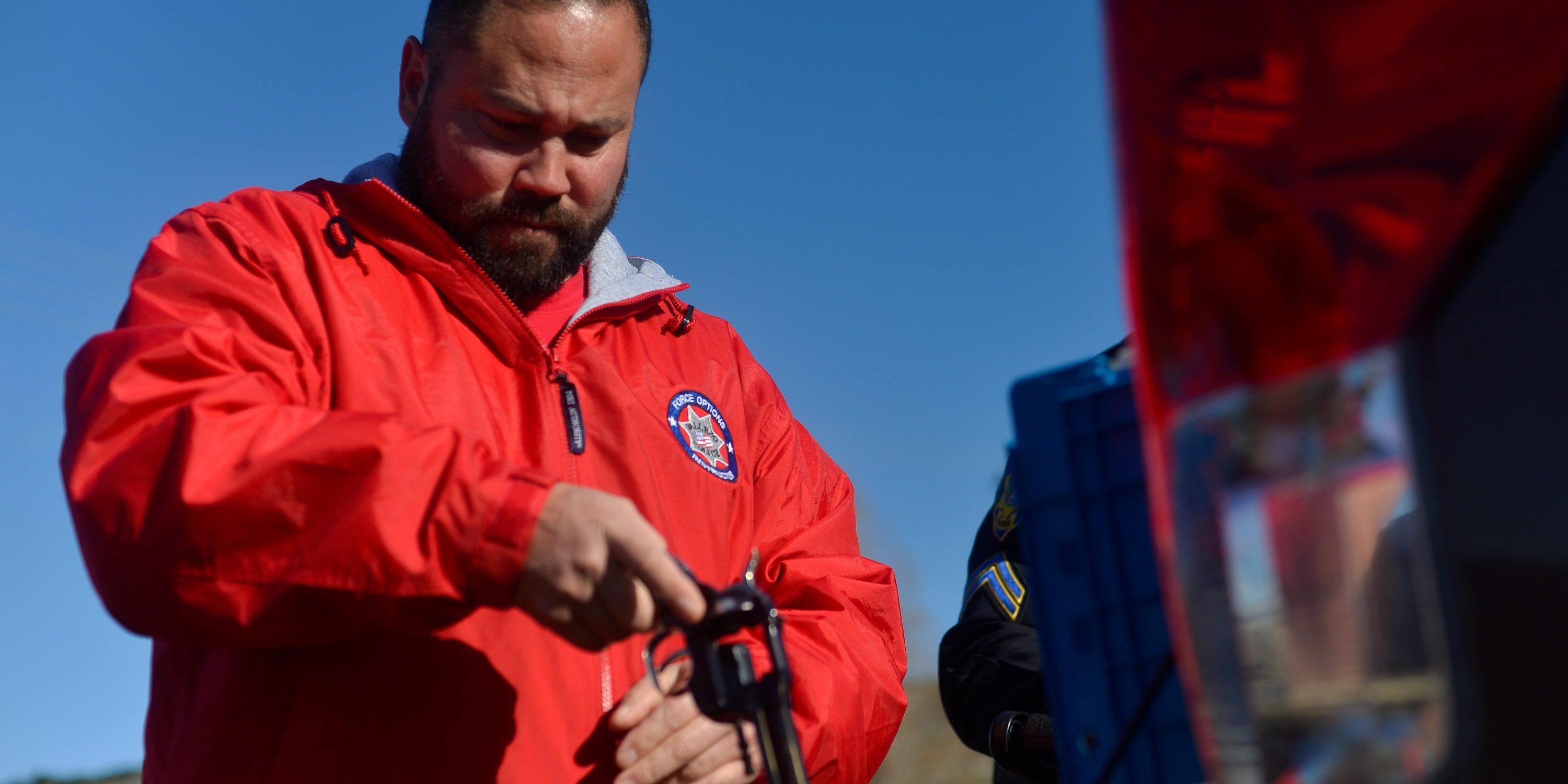 VALLEJO — An art project started by the Robby Poblete Foundation will have some new materials for more projects in the coming year, thanks to the third installment Saturday of the Gun Buyback program in Solano County.

The Art of Peace project comes out of another tragedy caused by gun violence: the death of Robby Poblete, who was killed in 2014 at a busy intersection in Vallejo.

The Robby Poblete Foundation was created by his mother, Pati Navalta, executive director of the foundation, after the death of her son. The foundation’s logo is a rising phoenix with its wings outstretched. It is an apt description of Navalta’s life. “I really didn’t know if I was going to make it out of the fire,” she said.

Navalta did rise and in her sorrow created a lasting foundation whose impact will be felt for years to come.

“This is not a political issue for me, this is a human issue,” she said. “This is a way to safely get rid of guns.”

Navalta said she is conflicted about the Solano Fairgrounds hosting the gun buyback and then hosting a gun show, which is scheduled in a couple of weeks.

“I don’t know how I feel about that,” she said.

Navalta looked over the guns that had been taken in the morning and placed into large trash cans. She shook her head.

“I have this feeling when I look at this but I can’t say what it is,” she said.

The Vallejo Police Department directed the collection of guns, which were voluntarily given up by members of the community.

Navalta remembers an automatic rifle that was surrendered last year. A father said he found it in his schizophrenic son’s room. He considered throwing it into the river but then thought better of it because someone could have found it. He brought the gun to the buyback program instead.

“What was he going to do with the gun?” Navalta asked. “How many lives did we save by taking it off the streets?”

The foundation offered gift cards in exchange for the guns, ranging in value from $200 for handguns and assault rifles to $100 for long guns.

Rich Botello, evidence property manager for the Vallejo Police Department, said the nearly 130 guns were surrendered anonymously and would be taken to the evidence room later in the day, where they would be checked to see if they were stolen.

“Later, they will be broken down into scrap metal,” he said, “which is then used by the artists for the art project.”

Vallejo Police Sgt. Jeff Tai said that most people who brought the weapons in didn’t want them anymore.

“They get something – the gift cards – and the guns get turned into art,” he said. “It also gets guns off the streets.”

Tai said that responsible gun owners are not the problem.

Saturday was National Gun Buyback Day as well as the anniversary of the Sandy Hook massacre, which occurred Dec. 14, 2012, in Newtown, Connecticut, and left 26 people dead at Sandy Hook Elementary School. Twenty of those killed were young children ages 6 and 7. The other six were adult members of the school’s staff. The 20-year-old shooter had killed his mother that morning in their home, and killed himself at the school as police arrived at the scene.

“This is a way to get guns off the streets and in one less person’s hands,” Tai said.