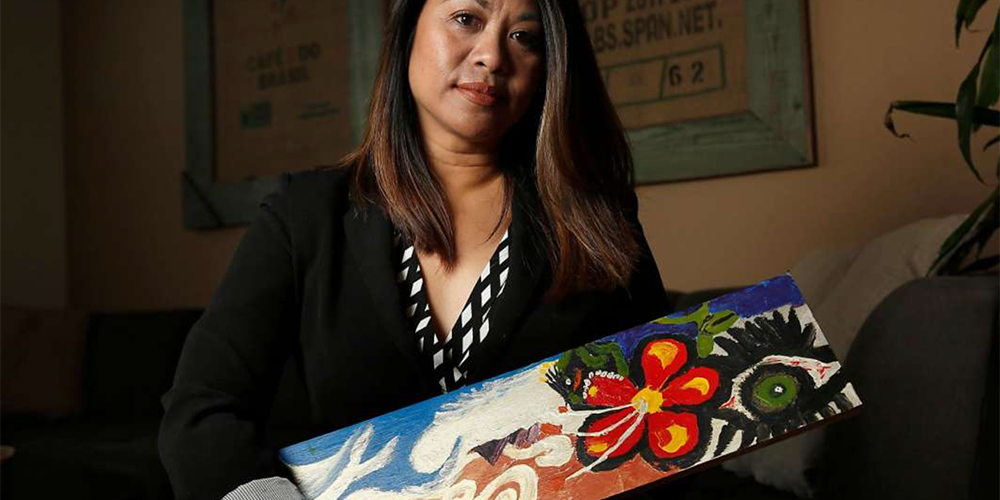 Mother’s Day is celebratory for many women, but not for Pati Navalta.

Her 23-year-old son was killed during a robbery attempt four years ago with a gun that had been illegally obtained and resold on the street.

“Every milestone — my birthday, his birthday, the anniversary of his death, the holidays — anything that marks time moving forward is hard because it takes us that much farther from the day he was born and just reminds you that you’re getting farther and farther away from him actually physically being here,” said Navalta, 48, of Fairfield.

On Sept. 21, 2014, Navalta, a former Chronicle editorial page writer and nonprofit executive, and now a consultant at Oracle Netsuite, went to visit Napa Valley with her fiance, Cicero Estrella, to scout locations for their upcoming wedding. Her son had been invited to join them. He stayed behind for a work shift later that evening. 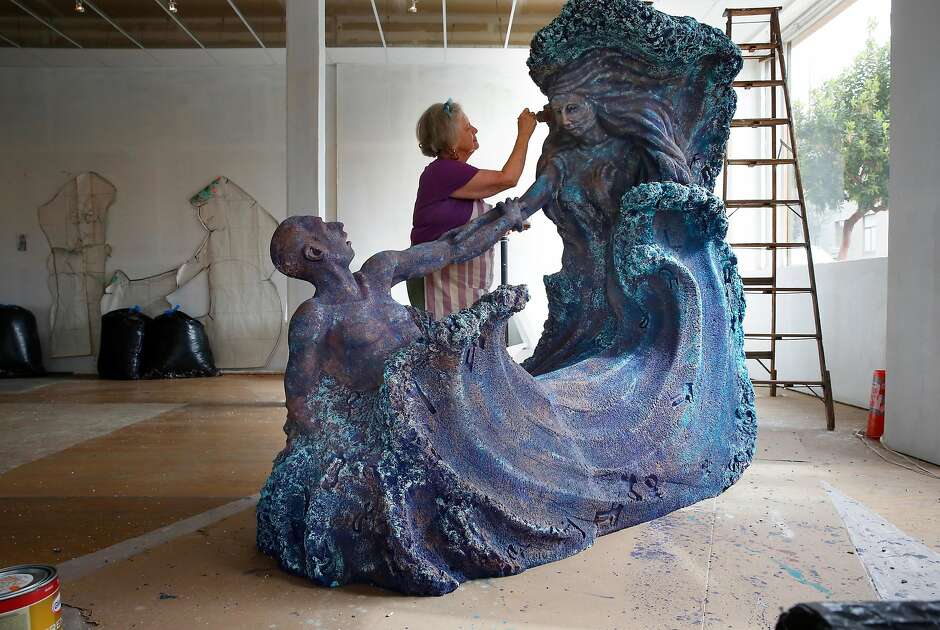 Artist Jean Cherie used the parts from handguns to make impressions into her sculpture “Waves of Violence,” as seen at Temple Art Lofts art studio in Vallejo on April 25, 2018.

She texted him throughout the afternoon to say they’d found a site. When she got home, his grandmother called to relay bad news: Robby had been shot outside a Howard Johnson Inn. Rushing to the scene, Navalta received another call, alerting her that Robby had died.

Detectives eventually arrested four suspects. The trial is slated to begin in Solano County in September. Navalta said investigators have asked her not to discuss the case.

Since Robby’s death, she has focused on transforming her anguish to a force for good. She created the Robby Poblete Foundation, whose Art of Peace program raises money to buy guns off the street and use them in art for public display and education about gun violence. The foundation also sponsors vocational training and job fairs.

Her efforts have drawn the attention of Bernice King, the daughter of civil rights leader Martin Luther King Jr. Navalta marched alongside Bernice King in April at the 50th anniversary of King’s shooting death. Closer to home, Solano County has adopted the Art of Peace program, as has Alameda County. Richmond has plans to launch it, too. In the foundation’s first gun buyback in August, 66 handguns, 11 long guns and three assault rifles were collected.

Read the rest at SF Chronicle