Fairfield woman to be honored for work against gun violence 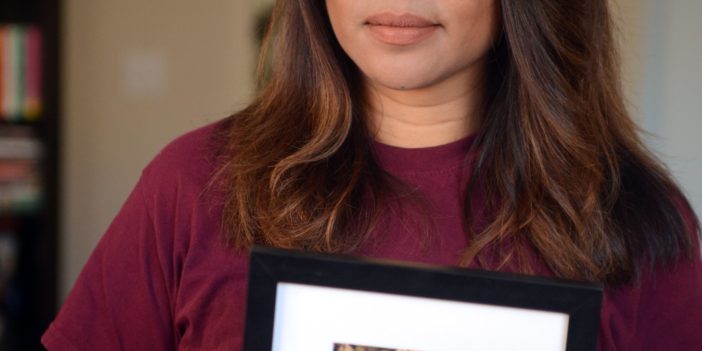 FAIRFIELD — A Fairfield woman who has worked to bring attention to gun violence through art, vocational education programs and other venues has been named Woman of the Year by the Solano County Library Foundation.

Pati (Poblete) Navalta will be honored at the foundation’s annual luncheon March 15. This year’s theme is “Champion of Peace and Non-Violence.”

“The theme of this year’s event carries a lot of meaning for me,” Navalta said in a statement announcing her selection as Woman of the Year.

Navalta formed the Robby Poblete Foundation in memory of her son, who was fatally shot Sept. 21, 2014, while in Vallejo. Robby Poblete was 23 years old.

“A lot of conflict in this world stems from pain and anger and fear. I felt all of those things when I lost my son. To seek peace and transform that trauma into something positive has been incredibly challenging, but it has also brought me great purpose. It’s my honor to champion peace and nonviolence in my son’s name, and I am humbled to be recognized for the work we do through the Robby Poblete Foundation,” Navalta said in the statement.

Since its formation in 2017, the Robby Poblete Foundation is responsible for getting nearly 1,000 firearms out of circulation through volunteer buy-back programs. The destroyed guns are then turned into works of art through the Art of Peace program, which is featured now in five cities.

The foundation has distributed more than $20,000 in apprenticeship scholarships to people from at-risk and high-risk populations, including support of inmate programs in the Solano County jail system.

Based in Solano County, the foundation has been adopted in Alameda County, Richmond, San Francisco, Berkeley, Augusta, Georgia, and will soon be launching in Los Angeles, according the Library Foundation statement.

The Robby Poblete Foundation was named 2018 California Nonprofit of the Year by Assemblyman Tim Grayson, D-Concord. Navalta also participated in April in the 50th anniversary of the assassination of the Rev. Dr. Martin Luther King Jr. She was invited by Kings’ daughter, the Rev. Bernice King.

The event occurred in April at the Martin Luther King Jr. Center for Nonviolent Social Change in Atlanta.

Navalta, who has written two books and has twice been nominated for the Pulitzer Prize, was among 10 nominees for the recognition.

Sharing honors is the luncheon’s honorary chairwoman, Julie Hilt, executive director of Solano County Bar Association and owner of Alternative Restorative Communities. The keynote speaker will be Midsi Sanchez, community activist and founder of the Midsi Sanchez Foundation, which works to bring home abducted children and provides support to families of missing children and teaches child safety and awareness.

The luncheon will take place from 11:30 a.m. to 1 p.m. at the Joseph A. Nelson Community Center, 611 Village Drive, Suisun City. Tickets are $40. Visit www.solanolibraryfoundation.org for more details.