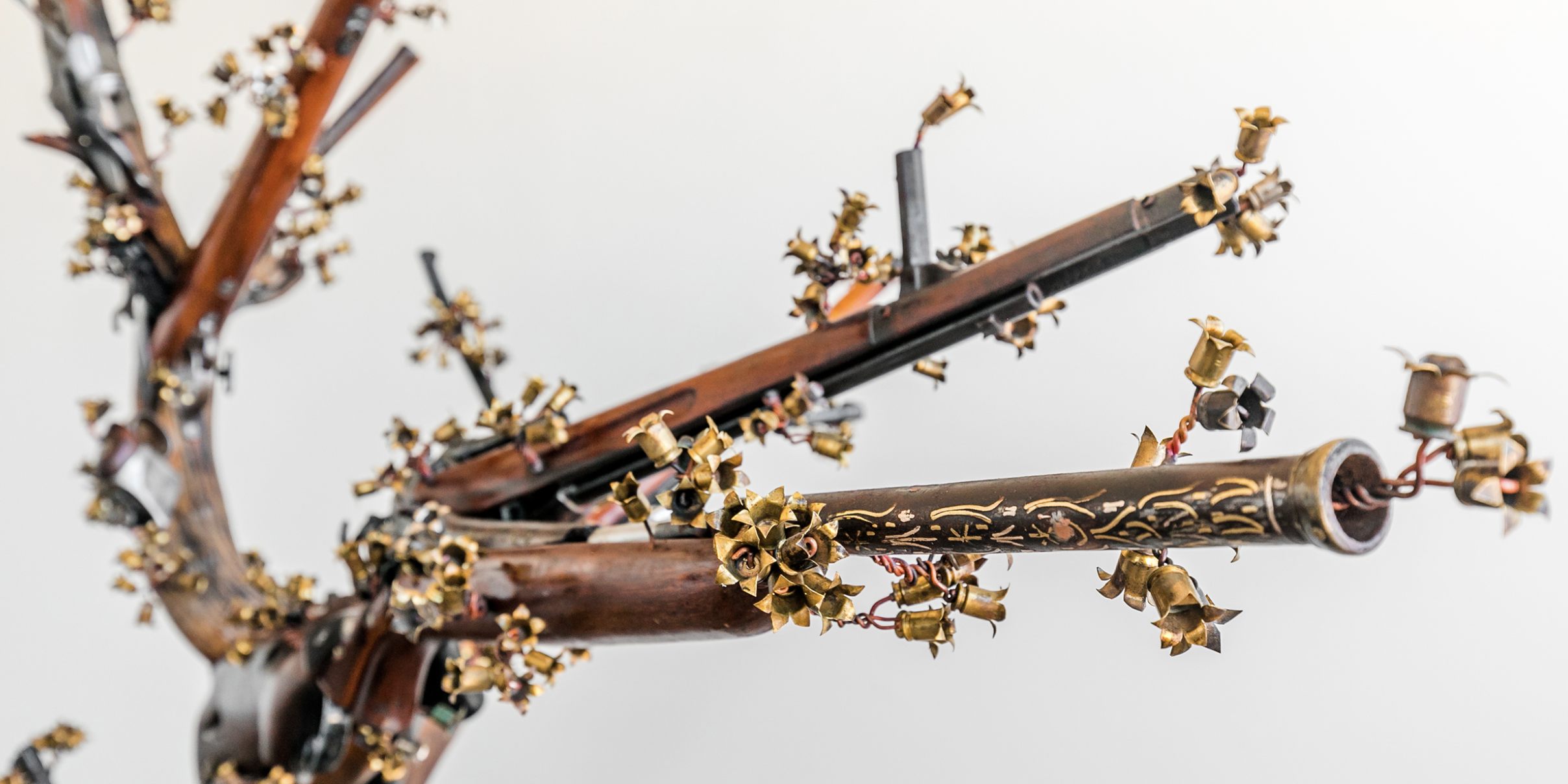 Art of Peace is a collaborative exhibition that brings together three organizations—Yerba Buena Center for the Arts, the Robby Poblete Foundation, and United Playaz—and features art and artists raising awareness about the continued escalation of death due to gun violence in our country.

Robby Poblete Foundation and United Playaz are working to remove as many firearms as possible from our streets and communities and turn them into symbols of hope.

In 2014, Robby Poblete was killed at age twenty-three by gun violence in Vallejo, California. His death prompted his mother, Pati Navalta Poblete, to found the Robby Poblete Foundation, which aims to reduce gun violence by transforming guns into objects of healing and remembrance through art and vocational programs. United Playaz, founded in 1994 by Rudy Corpuz, is a violence prevention and youth development organization that provides youth with a safe and positive environment in which to grow. Their motto, “It takes the hood to save the hood,” underscores their commitment to working with those from similar backgrounds as the youth, fostering development from within the community.

United Playaz and the Robby Poblete Foundation work to end senseless gun violence through gun buyback programs and partnerships with local police departments. But they take the process much further by collaborating to create something positive and educational out of the guns—namely, art objects that serve as catalysts for conversation. Art of Peace focuses on the stories of the artists—most of whom have been affected by gun violence in some way—and the transformations made possible through their work. It offers hope, resilience, and a peaceful path forward.