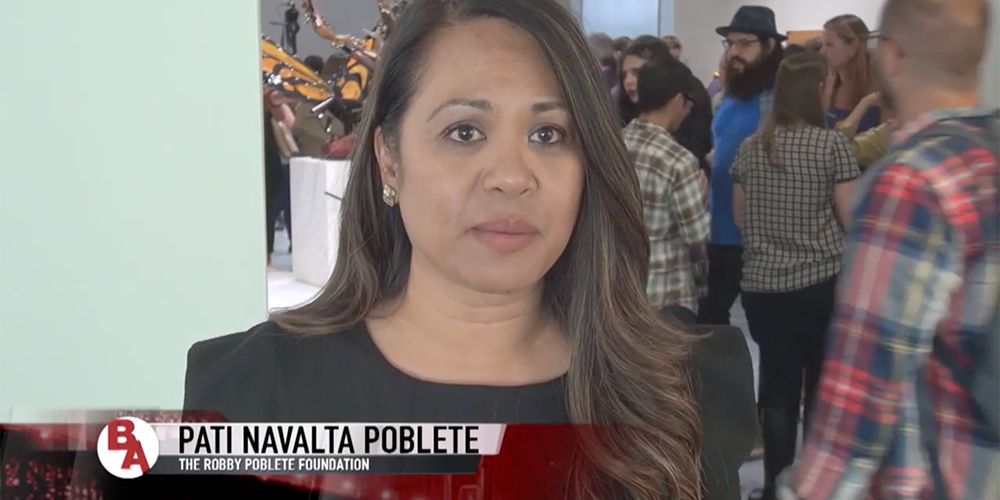 SAN FRANCISCO — This is the Art of Peace exhibit — presented by two Filipino Americans who have been affected by gun violence, Pati Poblete of the Robby Poblete Foundation and Rudy Corpuz of United Playaz, along with the Yerba Buena Center for the Arts.

Each art piece is made up of various parts of guns, rifles, and shotguns.

“To me, it symbolizes a breaking of a pattern: a pattern of violence, a pattern of pain, a pattern of destruction. These guns will never ever again be used to harm someone. It’s now a piece of art that is used to inspire and educate and bring awareness to gun violence,” said Pati.

“And it could be a conversation piece that’s going to help people to want to end senseless gun violence. To how beautiful something that could be so ugly, so dark, can be turned into light,” said Rudy.

Poblete founded the Robby Poblete foundation in 2014 — named after her son who was killed at the age of 23 by gun violence.

In 1994 — Corpuz founded United Playaz which is a youth anti-violence program in San Francisco.

Back in December — Poblete and Corpuz were able to take possession of about 250 weapons — taken off the streets during a gun buy program.

Those guns were then broken down by San Francisco police in order for the artists to create works for this exhibit.

Corpuz says he is proud to know that taking even one gun off the street, saves countless lives.

“Since we’ve been doing this, gun violence in San Francisco has went down 17%. The homicides are down. The gun shootings went down and you know, I heard straight from the chief that our gun buybacks have contributed to that.”

Together, Poblete and Corpuz hope the exhibit will bring more awareness about the continued escalation of deaths due to gun violence in our country.

“I hope that we serve as role models for the next generation. It’s not going to create change, when you just sit at home talking about it within the family. You have to bring that change outside your doorstep.”

The Art of Peace exhibit will run from July 23rd to August 25th at Yerba Buena Center for the Arts.

According to Poblete — the exhibit will then move to the state-building in San Francisco before they will be auctioned off in order to sustain more gun buy-back events.