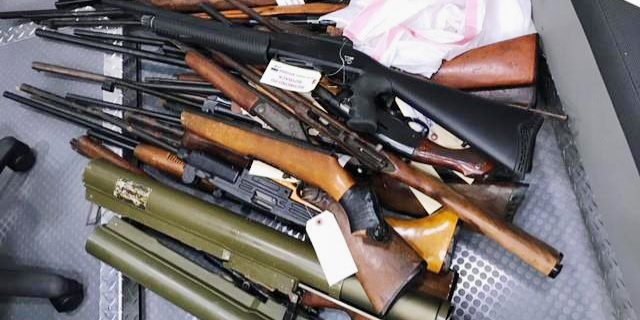 Most of the firearms turned in for cash and gift cards were pistols, while others were rifles, shotguns and assault weapons, Richmond police Lt. Felix Tan said.

“What’s important about this event – it’s about empowerment,” Tan said. “It’s another way our community can impact gun violence.”

The gun buyback event will benefit the Robby Poblete Foundation, which plans to melt the guns and re-purpose their metal as material for art used to beautify communities.

The Robby Poblete Foundation was founded after a tragic event in Vallejo where Robby was killed by gun violence. The foundation has two parts – vocational training for at-risk youth and young adults, and creating Art of Peace with the firearms collected.

“The symbolic gesture that I believe is so profound is turning a weapon that can be so devastating to something that is so peaceful for everyone to enjoy,” Tan said.

Thank you: The Richmond Standard